Provide your email below and we'll be in touch about future marine art auctions.

While these pieces have sold, we are always curating our next auction. Sign up to be the first to know when we have an exciting new development. If you have an item you think we might be interested in consigning, please send us your item details virtually. 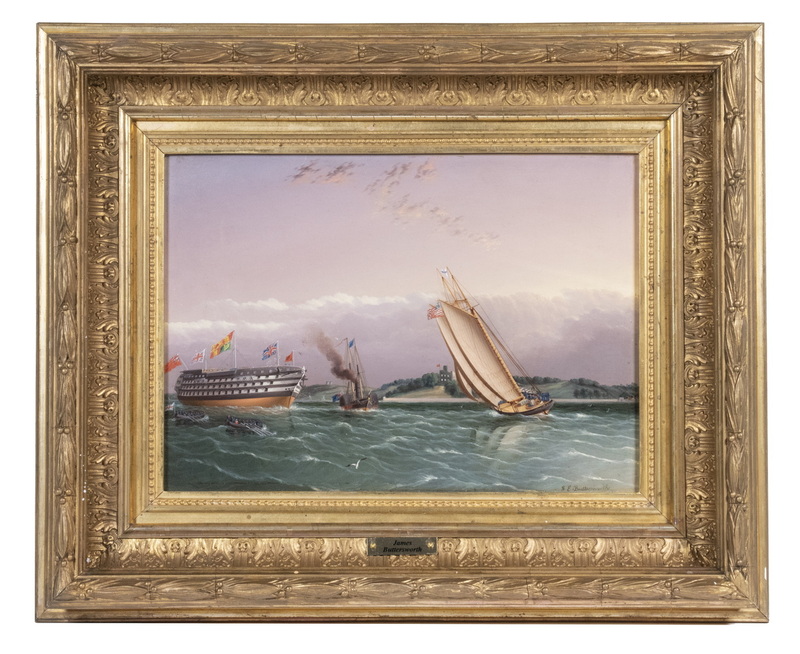 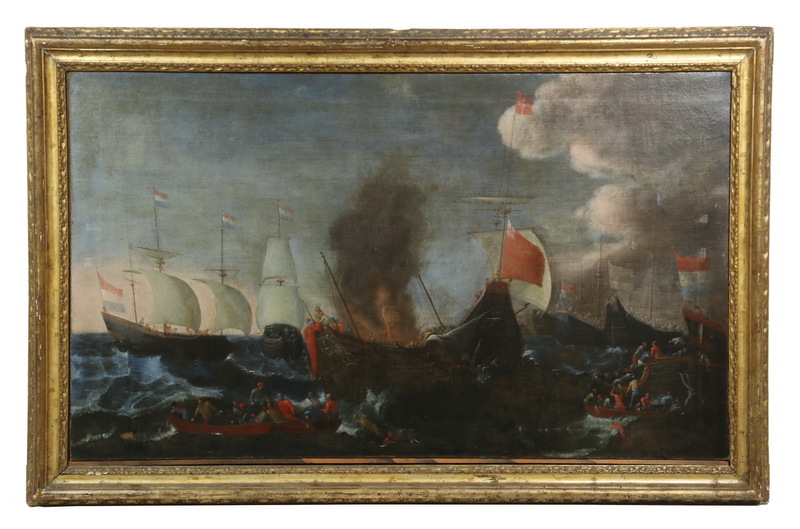 2226 - FOLLOWER OF JAN ABRAHAMSZ BEERSTRAATEN (NETHERLANDS, 1622-1666)
Contemporary 17th c. View of the Battle of Scheveningen, 31 July 1653, the final naval battle of First Anglo-Dutch War 1652-1654, in the English Channel, a British ship is dismasted at center, surrounded by six other Dutch ships, the sea filled with small boats and desperate men; oil on canvas, unsigned, in what may be the original water gilt frame, OS: 37" x 57", SS: 30 1/2" x 51 1/2". Cleaned and relined spacer at bottom, light stretcher impression, retouching. 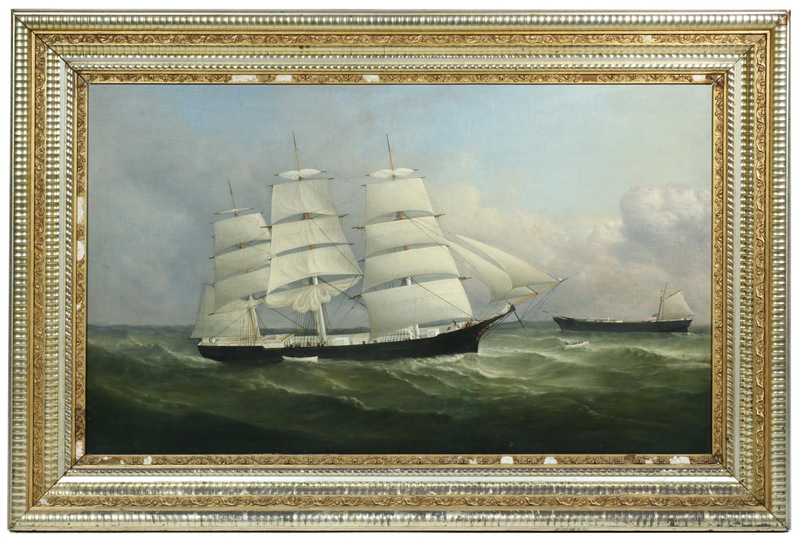 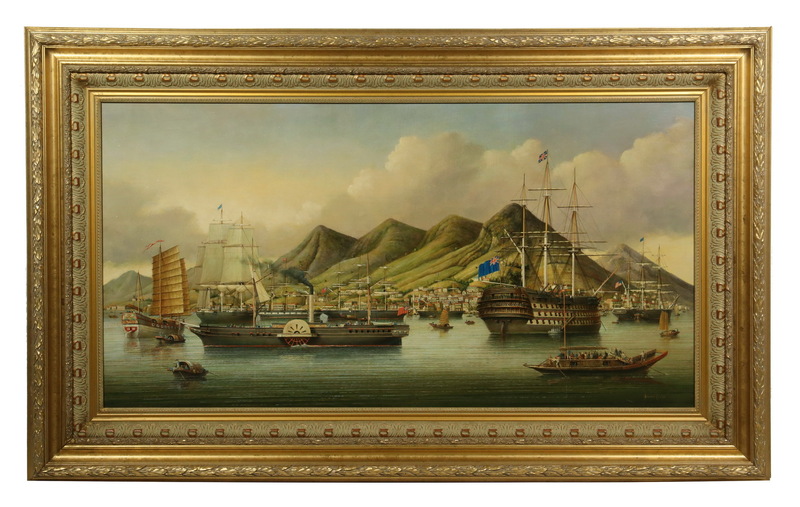 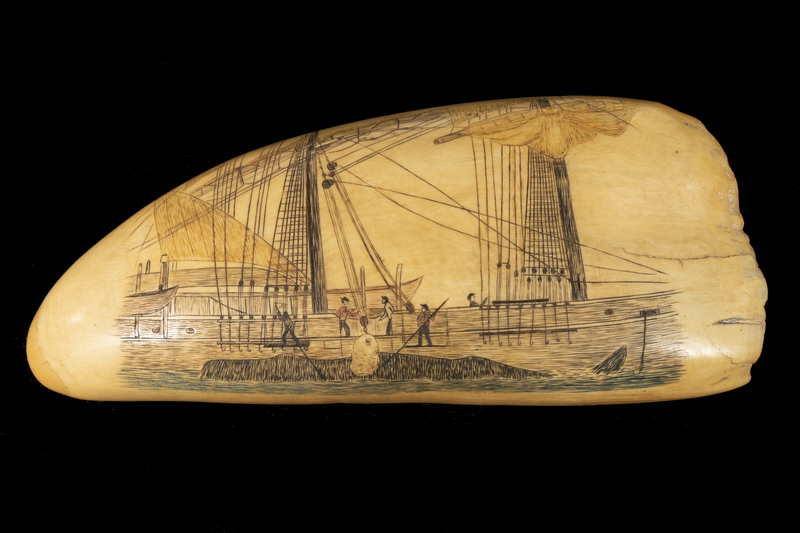 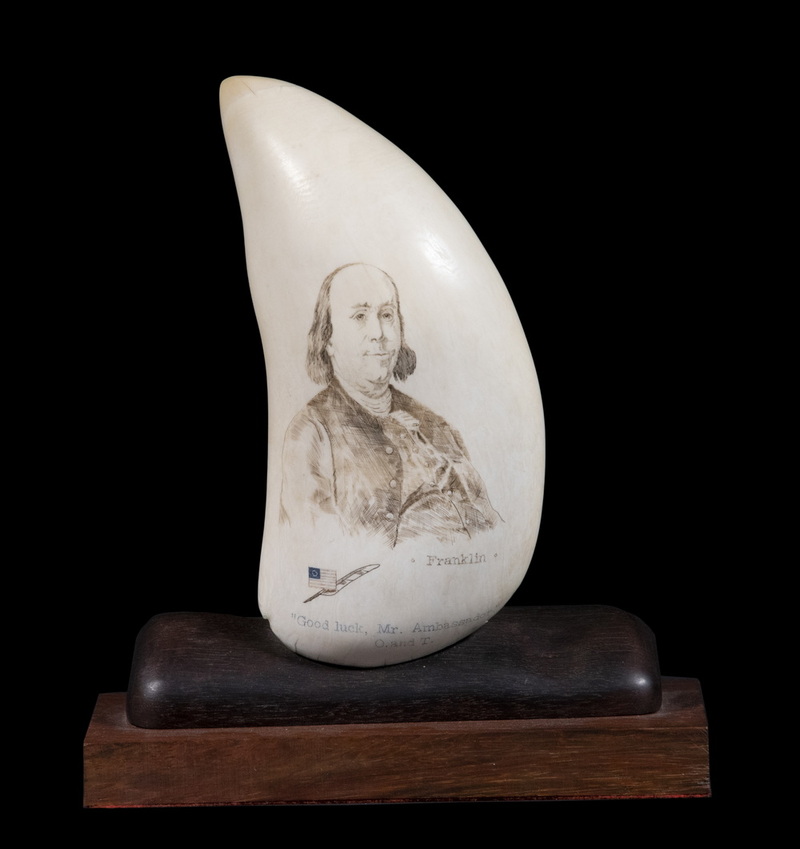 2001 - AMERICAN PATRIOTIC SCRIMSHAWN BULL WHALE TOOTH WITH US NAVY HISTORIC WOOD MOUNT, OWNED BY AMBASSADOR WATSON (1 OF 11 WHALE TOOTH LOTS)
Portrait of Franklin with flag and pen, Lafayette with flag and sword, only the flags have color, inscribed "Good Luck Mr. Ambassador, O and T"; on two-part wood mount with note on underside "Dear Mr. Watson - The cocabola base was procured from 'Old Ironsides' while I was stationed at Boston Army Base. The ebony is ballast from Bark 'Wanderer', sunk in 1926." Illegibly signed. 6 3/4" tall tooth alone, 8 1/2" tall overall, 3" x 7 1/4" base. Fine condition. 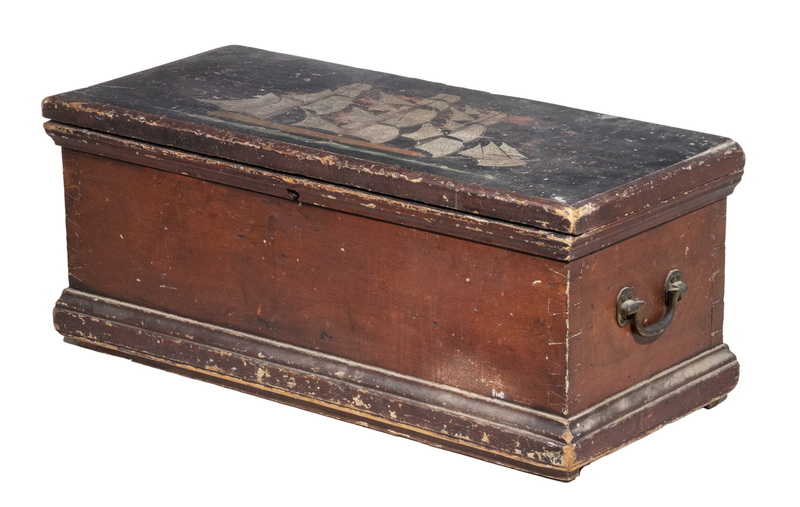 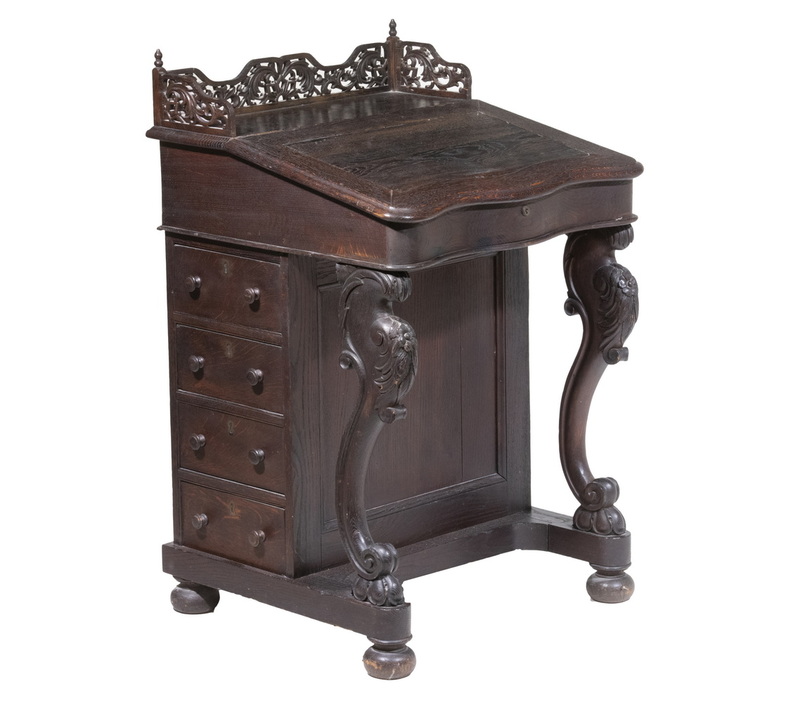 Think you might have something of value? Let us know!
Virtually send us your items for appraisal